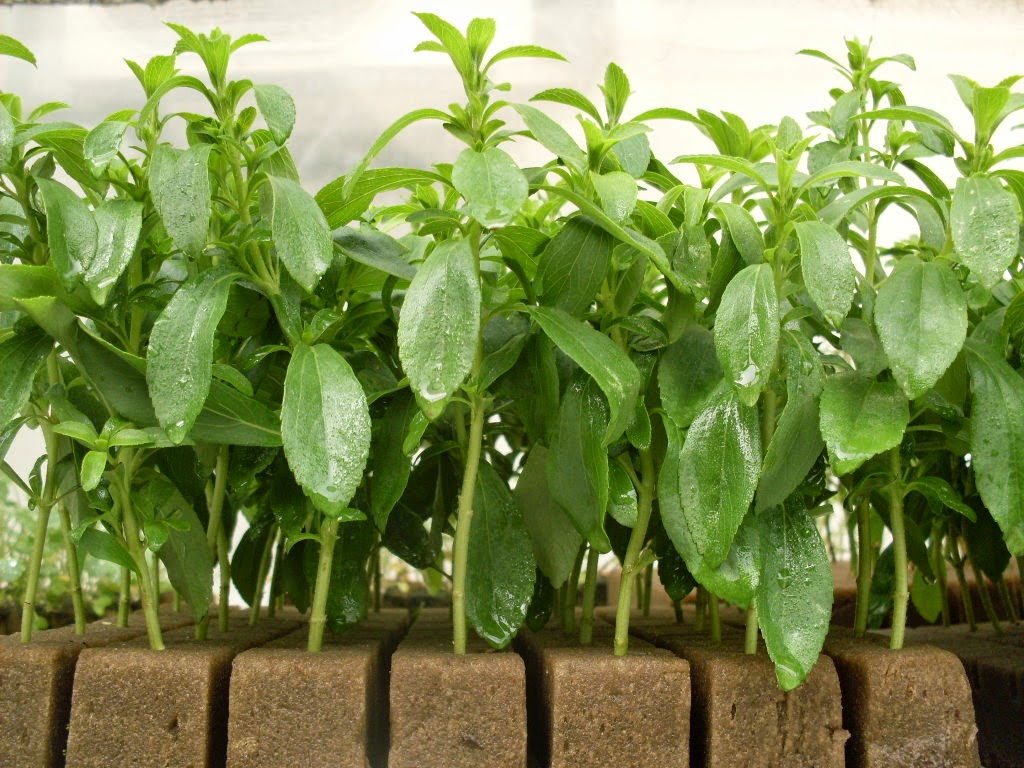 Stevia is a green leafy plant the leaves of which are a natural sweetener with zero calories. Stevia has been known since antiquity in its native countries of Paraguay and Brazil where it was used as a natural sweetener in herbal teas. In Northern Asia stevia is used in foods and pharmaceutical products.

Stevia grows best in semi-humid, sub-tropical climates where the yearly temperature range varies from -6°C to 43°C. Stevia can withstand slight frost but deep frost will kill the plants roots. Stevia grows best in porous soil that drains well such as loam (sandy, silt with small amounts of clay about 40%-40%-20%) but has great difficulty in poorly drained soil that has a lot of clay.

Stevia was approved for general consumption by the European Food Safety Agency (EFSA) in late 2011.

Stevia has only recently been introduced into Greek production. It has proved to be a good replacement crop for Tobacco in Greece. As tobacco has generally become less popular around the world and production is in general decline Stevia offers new opportunities. With insignificant variation Stevia cultivation uses the same specialized machinery and processes as used in tobacco.

The sweet compounds within the stevia plant have a potency which varies between 50 to 450 times that of ordinary white sugar (sucrose). Stevioside, the most commonly-used extractive of stevia, is generally agreed to be about 300 times sweeter than sugar. One teaspoon of Stevia is equivalent to one cup of sugar.

Although stevia plants transplant well as cuttings this method is far too expensive for practical purposes and so in commercial production the plant is grown from seed. The seeds are propagated in trays in greenhouses for 7-8 weeks and then planted outside in mid May.

The location of Stevia Hellas

7 Reasons Why Stevia is Better Than Refined Sugar
http://www.globalhealingcenter.com/natural-health/stevia/