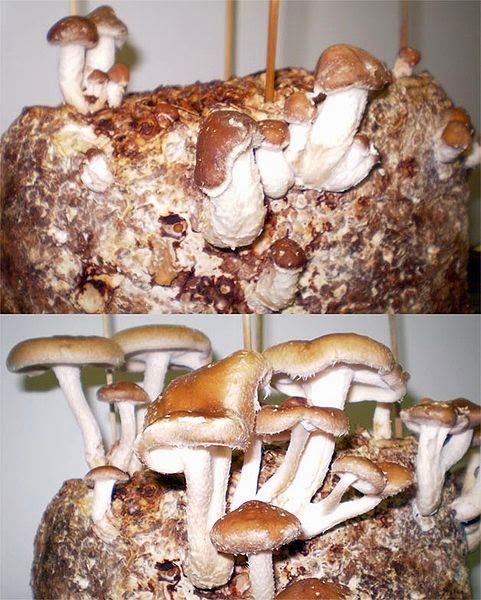 While mushrooms have been part of the human diet since antiquity intensive commercial cultivation is a relatively new phenomena in Greece. An important attraction of mushroom cultivation is that it can be managed by two people and they can produce up to 60 tones per year on a ¼ acre. Successful production of this scale could potentially provide an income of approximately €40,000/year.

In order to produce these kinds of high yields on this size of land there has to be a strict control of the humidity and heat in the growing environment (greenhouses). The scale of the machines and the extensive research done on mushroom production have made it possible to reach this level of production.

The market opportunities for mushrooms in Greece is impressive. Currently Greek consumption of mushrooms is about 11,000 tons per year while only 3000 tons are locally produced. The other 7-9,000 tons are imported.

Mushrooms provide attributes similar to those found in meat, beans and grains. Mushrooms are low in calories, and sodium and they are fat and gluten free. They are high in fiber and protein and are a good source of antioxidants. Mushrooms are also rich in vitamin D and B. They produce vitamin D when exposed to sun light in the same way that human skin does.

A form of mushroom cultivation currently showing promise in Greece is franchise farming. The setup and expertise of the mushroom farm is provided by the franchise company who collect all the product and guarantee its sale.

The high cost of the needed greenhouse installation is helped by loans from the European Commission. On an initial outlay of €120,000 for the installation and growing material for the first yield, the farmer has only to make a starting contribution of €12,000 with and additional €30,000 loan from the European Commission. The other €78,000 remains owed to the franchising company which offsets it against the income from the crop over time.

The location of the headquarters of a franchise mushroom farming company.